Who is the ingenious woman and what does she look like? What qualities does she embody?

Invoking the weekend’s theme of creativity, groups worked together to create vision boards which would answer these questions, inspired by their experiences, the room’s motivational posters, and the materials provided.

Although each group interpreted the task differently- with results ranging from boardgames and the “rollercoaster of life”, to a 3D “spiral of success”- many touched upon the various challenges they faced in their fields. One group created an interactive poster, ripping away barriers such as imposter syndrome and lacking confidence to reveal the ingenious woman’s “guide to being fierce” and featuring strengths such as bravery, assertiveness and persistence.

The theme of collaboration and supporting others resonated around the room, as other groups noted that ingenious women assisted others in tackling the snakes and ladders in their fields, from issues such as money, health or life balance, to trying new directions, negotiating, and finding motivation. 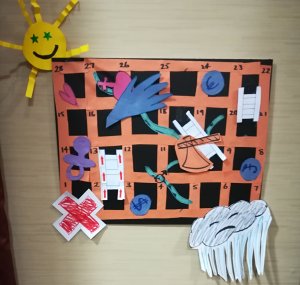 Although the term “ingenious” refers to being cleverness, as well as the idea of being inventive, the groups all noted that they associated additional qualities with being an ingenious woman. 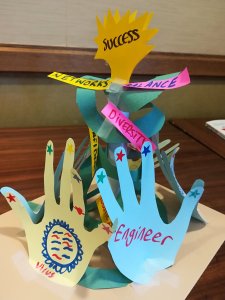