This is the second in a series of quick fire interviews with Ingenious Women alumni. The Ingenious Women programme has been running in Scotland for eight years and over 130 women have been on the programme. 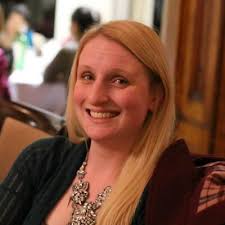 My career path has been an interesting journey so far. I started out completing a PhD in Biological Sciences, working as a wet lab scientist carrying out experiments on the yeast Candida albicans. During my PhD I learnt skills in bioinformatics and in analysis of next generation sequencing data. This was followed by a short post-doctoral research position investigating transcriptomics of the fungus Trichoderma hamatum GD12. This role was 90% data analysis and 10% wet lab experiments, and confirmed for me that my interests lie within the bioinformatics! After this, I took my current position as a bioinformatician. This is a support role working with researchers across the university to help them analyse their next generation sequencing data. As a part of this, I get to run workshops on both a national and international scale.

2) Why did you apply to the IWS programme?

As a non-academic scientist working within a university, I saw the IWS programme as an opportunity to meet more women at a similar career stage to myself, especially those which had taken alternative career paths. I also hoped to improve my skills in the “themes” of each weekend – creativity, cash and control.

3) What did you take away from the IWS programme?

As well as taking away a raft of new skills in creativity, negotiation and resilience, the most rewarding output from the IWS programme was the fantastic network that we developed. Over a year later, I am still in touch with many of the women from the group. We give each other advice, provide support, , commiserate each other’s failures and celebrate each other’s achievements. Having a group of like-minded individuals who are facing the same issues, both in their careers and everyday life, is an invaluable resource.

4) What has been the highlight of your career so far?

Although it is over five years ago, finishing my PhD is still the highlight of my career and my biggest achievement. I don’t think anyone can really prepare you for the challenges that you will face during a PhD, and there is no feeling more satisfying than finally having completed it!

5) What three career recommendations would you give to early career researchers?